Before empires and royalty, before pottery and writing, before metal tools and weapons – there was cheese. As early as 8000 BCE, Neolithic farmers began a legacy of cheesemaking almost as old as civilization. Today, the world produces roughly 22 billion kilograms of cheese a year, shipped and consumed around the globe. Paul Kindstedt shares the history of one of our oldest and most beloved foods.

Lesson by Paul S. Kindstedt, directed by Charlotte Cambon.
Posted by Favela's Mexican Grill at 10:00 AM No comments:


Jarritos has been making authentic Mexican Food Super Good since 1950.
Posted by Favela's Mexican Grill at 6:54 PM No comments:


Fairfield, California...Situated between San Francisco and Sacramento -- Fairfield, California is just minutes from nearby wine country -- Napa, Sonoma, and Suisun valleys -- farm stands, hiking, kayaking, and nature outings. Factory tours at Jelly Belly and Anhueser-Busch are a must! Nearby theme parks include Six Flags Discovery Kingdom and Scandia Fun Center. Great for family vacations, or romantic getaways.
Posted by Favela's Mexican Grill at 10:00 AM No comments:


Did you know the history of beer in Mexico dates back further than anywhere else in North America? Check out Mexican beer history and how the Vienna lager became a major influence throughout the country.
Posted by Favela's Mexican Grill at 7:44 PM No comments: 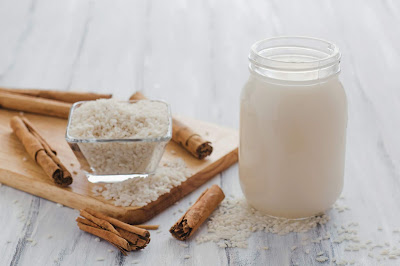 Article Source: https://www.latinpost.com/articles/3801/20131116/horchata-the-history-of-the-delicious-beverage-how-to-make-it-at-home.htm
Posted by Favela's Mexican Grill at 9:00 AM No comments:


Try a Super Good Jarritos with your next taco meal and you'll discover why they are the Official Drink of Tacos.
Posted by Favela's Mexican Grill at 6:38 PM No comments:

Favela's is One of the Best Places for Mexican Food in the West Coast! 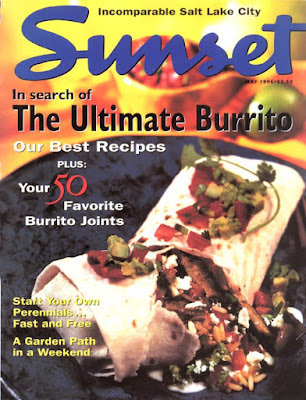 Customers in Solano County regards Favela's to be one of their most original finest restaurants. Residents voting through a survey in numerous local newspapers in the recent years awarding them with the Best Burritos and Best Mexican Food. Nevertheless, local recognition has not been the only award we have received.

In May of 1996, Favela's was recognized by the Sunset Magazine as one of the Best Places for Mexican Food in the West Coast. Included are numerous write-ups illustrating the achievements we have reached.

The Favela's Familia feels very proud for what they have accomplished.

Avoiding the use of preservatives and lard makes our products more healthy and desirable in a society where health consciousness is an important factor.

Being so sure of our products, we were among the first business in our County to work with a nutritional consultant to create a nutritional guide. But don’t let the health factor fool you because when it comes to taste, the food is raving in flavor. The secret ingredients individualize every item in the menu assuring you that no two items will taste the same and leaving you only with the desire of indulging in other items.
Posted by Favela's Mexican Grill at 1:58 PM No comments:

How Patrón Makes Its Tequila


Patrón tequila is considered ultra premium tequila, which makes it one of the most expensive spirits you can buy. A top shelf handmade crystal bottle can cost as much as $7,500. Each bottle of tequila is made with the same recipe the company used on its first day of operation at the Jalisco distillery in 2002. Today, Patrón employees cork 80 tequila bottles per minute.
Posted by Favela's Mexican Grill at 11:03 AM No comments:

The History of Tamales - Glorious Food - One Minute History


Tamales originated in Meso-America. In times of war, masa, a corn-based dough was an easily portable food for the Mayan, Inca and Aztecs. The Tamale was served to the Spanish during the Inquisition, and eventually brought to what is now Robeline, Louisiana.

Some historians suggest U.S. soldiers learn to make tamales during the Mexican-American War. Others credit them to Native American cultures. But, most believe they made their way through the Mississippi Delta when migrant workers shared the fields with African Americans... who brought the ‘hot’ to the tamale inspiring "They're Red Hot" by Robert Johnson, later covered by Eric Clapton and The Red Hot Chili Peppers.

The Annual Tamale Fiesta is created and the tamale debuts at the Chicago’s World Fair. Joey “Jaws” Chestnut sets a new world record and the First National Tamale Day is established. The tamale is a cultural staple with over 500 different styles served at holidays and celebrations.
Posted by Favela's Mexican Grill at 6:06 PM No comments:

Favela’s Mexican Grill delivers a fun Mexican dining adventure at a moderate price. We have become Solano County’s favorite Mexican Restaurant by being a place where every guest will enjoy fast friendly service and delicious food served in a fun, festive atmosphere.
Favela's is more than a restaurant. It's an attitude. It's a spirit. It's a way of life. We're committed to making sure our guests are greeted with a smile and that they leave with one. It's what we stand for and is reflected in everything we do