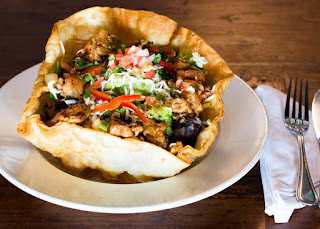 West of Mexico City is the Pacific coast and the states of Michoacán, Jalisco and Colima. The cuisine of Michoacan is based on the Purepecha culture which still dominates most of the state. The area has a large network of rivers and lakes providing fish. Its use of corn is perhaps the most varied. While atole is drunk in most parts of Mexico, it is made with more different flavors in Michoacán, including blackberry, cascabel chili and more. Tamales come in different shapes, wrapped in corn husks. These include those folded into polyhedrons called corundas and can vary in name if the filling is different. In the Bajío area, tamales are often served with a meat stew called churipo, which is flavored with cactus fruit.

The main Spanish contributions to Michoacán cuisine are rice, pork and spices. One of the best-known dishes from the state is morisquesta, which is a sausage and rice dish, closely followed by carnitas, which is deep-fried (confit technique) pork. The latter can be found in many parts of Mexico, often claimed to be authentically Michoacán. Other important ingredients in the cuisine include wheat (where bread symbolizes fertility) found in breads and pastries. Another is sugar, giving rise to a wide variety of desserts and sweets, such as fruit jellies and ice cream, mostly associated with the town of Tocumbo. The town of Cotija has a cheese named after it. The local alcoholic beverage is charanda, which is made with fermented sugar cane.

The cuisine of the states of Jalisco and Colima is noted for dishes, such as birria, chilayo, menudo and pork dishes. Jalisco's cuisine is known for tequila with the liquor produced only in certain areas allowed to use the name. The cultural and gastronomic center of the area is Guadalajara, an area where both agriculture and cattle raising have thrived. The best-known dish from the area is birria, a stew of goat, beef, mutton or pork with chiles and spices.

An important street food is tortas ahogadas, where the torta (sandwich) is drowned in a chile sauce. Near Guadalajara is the town of Tonalá, known for its pozole, a hominy stew, reportedly said in the 16th century, to have been originally created with human flesh for ritual use. The area which makes tequila surrounds the city. A popular local drink is tejuino, made from fermented corn. Bionico is also a popular dessert in the Guadalajara area.

On the Pacific coast, seafood is common, generally cooked with European spices along with chile, and is often served with a spicy salsa. Favored fish varieties include marlin, swordfish, snapper, tuna, shrimp and octopus. Tropical fruits are also important. The cuisine of the Baja California Peninsula is especially heavy on seafood, with the widest variety. It also features a mild green chile pepper, as well as dates, especially in sweets.