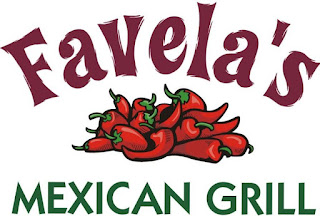 The other basic ingredient in all parts of Mexico is the chile pepper. Mexican food has a reputation for being very spicy, but it has a wide range of flavors and while many spices are used for cooking, not all are spicy. Many dishes also have subtle flavors. Chiles are indigenous to Mexico and their use dates back thousands of years. They are used for their flavors and not just their heat, with Mexico using the widest variety. If a savory dish or snack does not contain chile pepper, hot sauce is usually added, and chile pepper is often added to fresh fruit and sweets.

The importance of the chile goes back to the Mesoamerican period, where it was considered to be as much of a staple as corn and beans. In the 16th century, Bartolomé de las Casas wrote that without chiles, the indigenous people did not think they were eating. Even today, most Mexicans believe that their national identity would be at a loss without chiles and the many varieties of sauces and salsas created using chiles as their base.

Many dishes in Mexico are defined by their sauces and the chiles those sauces contain (which are usually very spicy), rather than the meat or vegetable that the sauce covers. These dishes include entomatada (in tomato sauce), adobo or adobados, pipians and moles. A hominy soup called pozole is defined as white, green or red depending on the chile sauce used or omitted. Tamales are differentiated by the filling which is again defined by the sauce (red or green chile pepper strips or mole). Dishes without a sauce are rarely eaten without a salsa or without fresh or pickled chiles. This includes street foods, such as tacos, tortas, soup, sopes, tlacoyos, tlayudas, gorditas and sincronizadas. For most dishes, it is the type of chile used that gives it its main flavor. Chipotle, smoked-dried jalapeño pepper, is very common in Mexican cuisine.