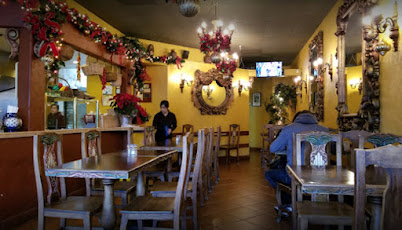 In the central and southern regions of Mexico, a quesadilla is a flat circle of cooked corn masa, called a tortilla, warmed to soften it enough to be folded in half, and then filled. They are typically filled with Oaxaca cheese (queso Oaxaca), a stringy Mexican cheese made by the pasta filata (stretched-curd) method. The quesadilla is then cooked on a comal until the cheese has completely melted. They are usually cooked without the addition of any oil. Often the quesadillas are served with green or red salsa, and guacamole. While Oaxaca (or string) cheese is the most common filling, other ingredients are also used in addition to, or even substituting for, the cheese. These can include cooked vegetables, such as potatoes with chorizo, squash blossoms, huitlacoche, and different types of cooked meat, such as chicharron, tinga made of chicken or beef, or cooked pork. In some places, quesadillas are also topped with other ingredients, in addition to the fillings they already have. Avocado or guacamole, chopped onion, tomato, serrano chiles, and cilantro are the most common. Salsas may also be added as a topping.

Mexican quesadillas are traditionally cooked on a comal, which is also used to prepare tortillas. As a variation, the quesadillas can be fried in oil to make quesadillas fritas. The main difference is that, while the traditional ones are prepared by filling the partially cooked tortillas, then cooked until the cheese melts, the fried ones are prepared like a pastry, preparing the uncooked masa in small circles, then topping with the filling and finally folding the quesadilla to form the pastry. It is then immersed into hot oil until the exterior looks golden and crispy.

Other variations include the use of wheat flour tortillas instead, especially in Northern Mexico. Wheat dough is most commonly used in place of corn masa. In this case, the flour tortilla is prepared, folded and filled with cheese (mainly Chihuahua cheese or queso menonita, a local cheese made by the Mennonites). The way of preparation is exactly the same as the corn variety.

While quesadillas in most of Mexico come with cheese, the quesadilla culture is different in Mexico City, where they do not automatically come with cheese unless you ask for it. This cultural trend can't be traced back to a single origin.

Sometimes, cheese and ham are sandwiched between two flour tortillas, then cut into wedges to serve what is commonly known as a sincronizada (Spanish for "synchronized") in Mexico. Despite appearing almost the same as a quesadilla, it is considered a completely different dish. Tourists frequently confuse the sincronizada with the quesadilla because it is typically called a quesadilla in most Mexican restaurants outside of Mexico.