What is an Enchilada? 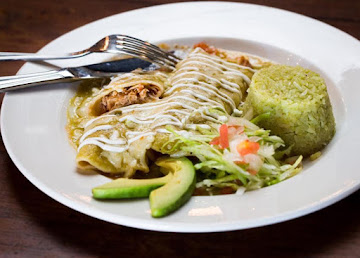 The Royal Spanish Academy defines the word enchilada, as used in Mexico, as a rolled maize tortilla stuffed with meat and covered with a tomato and chili sauce. Enchilada is the past participle of Spanish enchilar, "to add chili pepper to"; literally, "to season (or decorate) with chili".